A View from the Wolds by Helen Gamble, LWCS Project Officer

This is going to be hard to pinpoint one particular area/walk within the Lincolnshire Wolds that is special to me – I've been here a while and I've walked, visited and or written every one of our promoted routes.

Much is said about the open chalk plateau and the dramatic north western scarp viewpoints so what was it to be? Recently I was out with a landowner, viewing possible improvements projects for landscape, wildlife and heritage, and I was reminded of the sheer variety of the Wolds and the generations of farmers, foresters and communities that have shaped what we see today.

So, My View from me is coming from the Asterby and Goulceby area….and the walk is 'In the Footsteps of Kolkr'. The two circular walks, specifically created by the local community parish council, of 3 miles a piece can be easily joined to create a longer one, starting and ending at the Three Horseshoes pub in Goulceby. I would recommend following the route in reverse – the better to gaining the stunning views from Asterby Top Farm both southwards over the broadening River Bain and Horncastle and then to the north, viewing the chalk scarp of the Bluestone Heath Road, the well wooded slopes of the Stenigot Estate and of course Stenigot Mast and remaining dish. At this point, you may notice the change in tree species – perhaps only by the variety of colour from first foliage unfurling through to the autumnal display. This variety showcases the difference in soil and, of course, the underlying geology. The valley before you ranges from the upper Kimmeridge Clay, through the Spilsby Sandstone, Claxby Ironstone Tealby Limestone, Roach Stone, Red Chalk and finally the White Chalk – showcasing deposits ranging from the Upper Jurassic at 155 million years old through to the Upper Cretaceous at 90 million years old.

As you continue along through 65 million years, you'll see how generations have lived and worked with the land….from the building materials and headstones to be found in the older buildings, farmsteads and three graveyards, through to the cropping, distinctive pasture and lakes along the way. The next section is a bit of a leg stretcher but so worth it – the walk up to Red Hill Nature Reserve. Part of this site is a Site of Special Scientific Interest – for its chalk downland plants and also for its geological interest and was named in 2013 as one of the nation's 60 Coronation Meadows across the UK to mark the 60th anniversary of The Queen's Coronation. Part of the site is an old arable field that was created back to this disappearing habitat. Both areas are managed by sheep grazing so please, no dogs on these special areas.

From here, you'll see across the Bain Valley, out of the Wolds and over to Lincoln cathedral – and from here, it's downhill all the way….. literally! Along hedgerows and ancient tracks, through the old graveyard and over pasture with the remnants of previous settlements until you reach your end destination, this walk showcases everything that, in my view, makes the Lincolnshire Wolds the very special place that I call home. 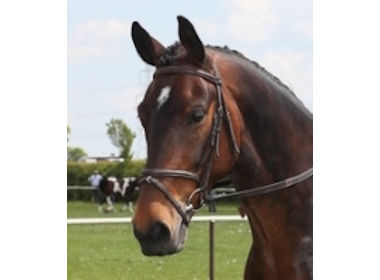 A View from the Wolds, by Star, resident of a Lincolnshire Wolds paddock 10 July 2020
Stay up to date with our newsletter
By continuing to browse this website you agree to our use of cookies Accept