Up until the 1300's the Lincolnshire Wolds were one of the most densely settled parts of England.

It was home to monasteries, royal estates and countless settlements.

Increasingly though, many communities abandoned this rich farmland. Over the next three hundred years climate change, diseases such as the Black Death and a change in land use took its toll on the inhabitants. What was once a patchwork of open fields and villages was gradually made into large private estates, which converted communal land to pasture for sheep.

These forsaken settlements are now known as deserted medieval villages (DMV's). The Wolds has over one hundred of these, seen in the landscape as humps and hollows.  There are good examples at North Elkington and at Biscathorpe which is bordered by ridge and furrow medieval plough marks showing now as long, low wrinkles in the fields.

During the English Civil War (1642 – 49) the Wolds were not overly troubled by conflict, despite the county being strategically important as a route between the arsenal at Hull and the Parliamentarian stronghold in the eastern counties. In fact only two short battles took place at Winceby in 1643 (attended by Oliver Cromwell himself), and Riby in 1645.

Farming at this time was a mixture of the old open field system, with managed rabbit warrens and sheep walks. By the beginning of the nineteenth century however, the Wolds had adopted the profitable method of 'High Farming' using scientific methods, enclosed fields and the crop rotation of wheat, barley, turnips and sheep.  Land was drained and reclaimed from the marsh, steam engines were introduced for tasks such as threshing and planned farmsteads were built with an emphasis on efficiency and production. Expansion continued until the 1870's when bad harvests and cheap imports devastated the industry. This declined continued until demand soared again after World War II.

The landscape of the Lincolnshire Wolds was markedly changed by the impact of both World Wars in the 20th century. The county as a whole was home to large sections of the Royal Air Force and this is reflected in the remnants of airfields and associated structures. Between 1939 and 1945 bomber and fighter bases were built in the Wolds including Ludford Magna and RAF Binbrook, which was in service until 1988. One of the first radar stations in the world was built during the War as part of the Chain Home radar network at Stenigot, intended to provide long range early warning for raids.

These military structures are highly significant to the character of the area and the dismatled radar dishes were a poignant reminder of the impact of conflict of two World Wars and also the Cold War as a number of bases remained active as late as the 1980s. 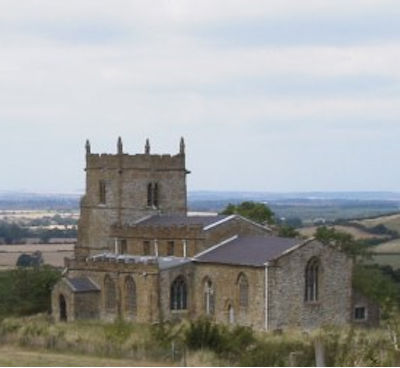 Getting Your Community Group Started

Rituals & Religion of the Lincolnshire Wolds