Sir Joseph Banks was one of England's most influential figures in the Georgian period.

He sailed with Capt. Cook on HMS Endeavour bringing together a team who collected plants, fish, birds, animals and insects as the ship sailed round the world.

Sir Joseph Banks was a personal friend of King George III and with his patronage he turned the leisure gardens at Kew into a scientific botanical garden which was famed across the world.  He was President of the Royal Society for 42 years and sponsored and promoted many scientific projects which influenced the development of countries across the globe.

Examples are his report to the Directors of the East India Company suggesting that high yielding black tea bush from China be grafted (a new technique developed during his lifetime) onto the root stock of low yielding green tea bushes in India.  This revolutionised production reducing the cost of tea and massively increasing demand.  In another report to the government he successfully suggested that Australia should become a penal colony to relieve the chronic overcrowding in English jails.  Nearly two thousand Lincolnshire men and women were transported to the continent.

Sir Joseph Banks was a scientific giant who spent his childhood roaming his fathers' estate at Revesby.  Following his attendance at Harrow, Eton and finally Christ Church Oxford he inherited his father's estates.  He developed a passion for the natural world but specialised in botany and much of his life was devoted to understanding and harnessing natural resources.

In adult life he visited the county annually in the autumn until gout prevented him from travelling.  This was just three years before his death.  In Lincolnshire he owned 400 tenanted farms and thousands of acres.  He was proactive in the development of canals and field drainage which improved Lincolnshire's  infrastructure and increased economic wealth in the county.  In Horncastle he established a dispensary which benefited those who could not afford medical treatment.  He also successfully petitioned government to introduce licenses for those wishing to become doctors.  On his estates he increased the acreage of woodland which he managed on a rotational system.  The result was a timber that sold at premium prices.

In addition to dealing with estate matters and the many community responsibilities he accepted  he also organised events that became important dates in the social calendar.  The Fishing Parties lasted three days and sailed from Dog Dyke to the Grand Sluice in Boston.  The invited guests would stop at Anton Gout where the servants organised a picnic serving them the fish they had caught en route.  A Ball at the Bull Hotel took place each year to raise money for the dispensary and the Revesby Fair was a festive day for his tenants and their friends. 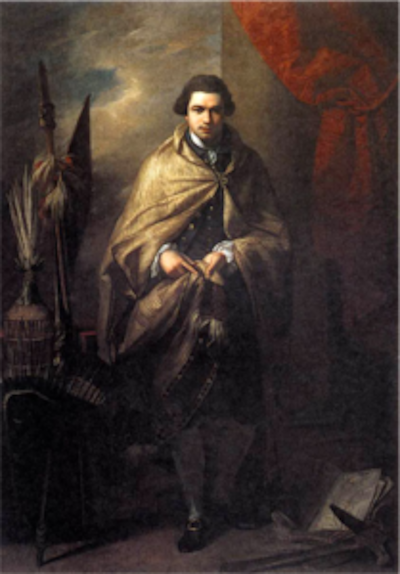 Sir Joseph was a gentleman with a reputation and influence that spanned the globe - yet he is a neglected figure in our history.  The Sir Joseph Banks Society was formed ten years ago with the sole objective of raising his profile and promoting his achievements.